There are many different Latin American folktales and legends with different creatures and spirits in the staring role.  The folklore is very similar throughout most Latin American countries.  There is a strong Spanish and African influence on the creatures and the stories.  Another strong influence is the native cultures and the mix makes for some interesting and scary stories. 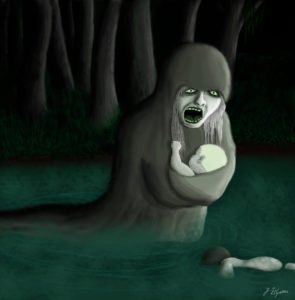 The first of our Latin American folktales and legends is probably the most popular.  This folktale can be found all over Latin America.  You might have even seen some version of this story on Television.  The story goes that a beautiful woman drowns her children and when she realizes they are dead she drowns herself.  She is then questioned at the gates of Heaven about where her children are.

For her punishment, she is not allowed to enter the afterlife until she finds them and is forced to wander Earth looking for them.  La Llorona wanders around constantly weeping and will kidnap wandering children who resemble her missing ones.  This is a tale that parents tell their kids to keep them from wandering out at night. 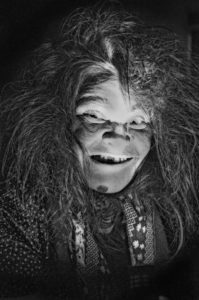 This story is one of the weirdest ones.  La Tunda is said to be the child of the devil and is unable to have children of her own so she robs people of theirs.  She can shape-shift to look like someone the child knows and lures them into the forest.  This part of the story is where it gets weird.

In the forest, La Tunda farts in the faces of her victims rendering them so docile that she can lead them to her lair.  That is where she sucks their blood like a vampire or eats them.  In some other versions of the story, La Tunda farts out shrimp that she feeds to her victims.  After they eat the shrimp they are under her spell and she can do what she wants with them.  The story of La Tunda is similar to the tale of  Patasola who is a one-legged vampire creature. 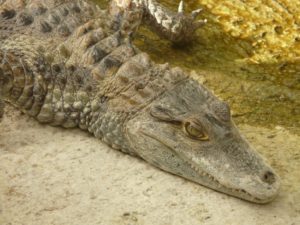 Hombre Caiman or Alligator man is said to be part man and part alligator.  The story goes he was a fisherman that was converted by a spirit into an alligator man-monster.  He hunts humans but likes fishermen and unsuspecting swimmers. 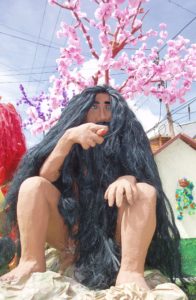 Moan is described as having short legs and being extremely hairy.  He also has a love for mischief.  There are many different variations of the story.  One is he steals young women and lives in the jungle in a cave where he keeps his female captives.  In another,  he steals fishermen’s bait and can change his shape into a cat beast. 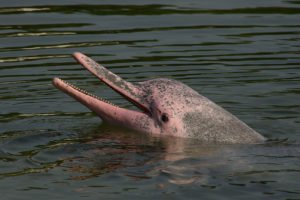 There are so many legends and myths that surround these amazing creatures that roam the Amazon river.    The pink dolphin was feared by the indigenous people of the Amazon.  It was thought of as a mischievous water spirit.  When the sun goes down they are said to transform into beautiful young men.  Then they come ashore to seduce the woman of the local villages and impregnate them.  Before the sun comes up they return to the water where the change back to dolphins.  Another story goes they like to whisk away unsuspecting swimmers to an underwater city.  Also, don’t make eye contact with them because it is said that you will have nightmares for the rest of your life if you do.

This story comes from Venezuela.  It is about a son that commits a hideous crime of killing his father and feeding him to his mother.  When the mother discovers what has happened she curses her son.  Now El Silbón now wanders the land carrying a sack of bones over his shoulder and wearing a large hat.  He is known for his whistling and is very skinny and tall. 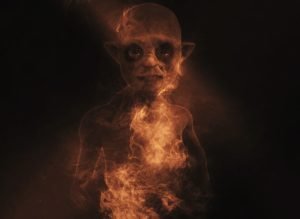 This story can be found all over Latin America and there might not be a child that has not heard of it.  El Cuco is Latin America’s version of the Bogeyman.  He is a monster that hides in the shadows under the bed and in the closet looking to feed on disobedient children.  You will also find him on the streets at night looking for children to kidnap that are running around without their parents.  There is even a lullaby that parents can sing to their kids at night about El Cuco.

Duérmete ya (Sleep, baby, do!)

Duérmete ya (Sleep, baby, do!) 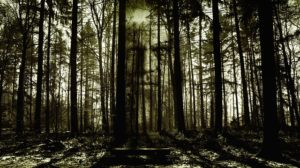 This story comes to us from Argentina and Chile.  It is known as a demon or evil spirit but it is said there are good ones as well.  They can have a wide range of powers and can come in many different forms, like animals or spirit-like bodies.  They are also used as tools for wizards from native tribes and can be used to cause disease or kill people. 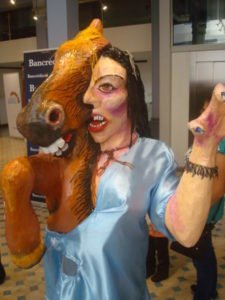 This story comes to us from Costa Rica.  La Segua is a type of witch that is looking for young men.  You will find her on lonely roads and alleys.  She is a gorgeous lady and seduces the men into giving her a ride in their car.  In the car, her face turned into the face of a horse with bloodshot eyes.  She scares the men and teaches them to be careful not to fall under the seduction of a gorgeous lady cause it could be La Segua.

There you have it, these are some of the more popular Latin American folktales and legends.  This is not all of the folktales and legends you can find but just a small portion.  Now take your new-found knowledge and practice it with a Spanish listening comprehension exercise.  The video below is a Spanish listening exercise about this same topic and there is a quiz at the end for you to check your understanding.

Did you understand this Spanish listening activity on Latin American folktales and legends?  Do you want to understand native Spanish speakers? Most people complain they can understand their teachers but not anybody else in Spanish. The reason is: Your teacher (if it is a real teacher) is trained to talk to you in a way that you will understand. If you are ready to go past that point, check out our course: https://www.espanolenuso.com

Check out our Spanish Course!

For intermediate and advanced Spanish students we have a membership called Español En Uso.  It is like a gym membership for you Spanish.  Everything you need to get over any roadblocks with learning the language.  Inside the membership area, you will find several courses designed by Maria specifically for problems students at this level face.  Courses that will help you understand native speakers better and understand TV shows.  There is also a book and movie club with live discussion every month.  Also, there are live classes every month where Maria works with select students and helps them with their Spanish.  You also get access to our closed Facebook group where you can interact with other Spanish students like yourself and get feedback from Maria on your Spanish.  If you are interested click here or the image below!

If you like this type of video you can find more Spanish Listening Activities here.  Too difficult for you then check out some of our other videos with Cody and Maria here.

Check Out Our Spanish Course for Intermediate and Advanced Students.
Learn More! 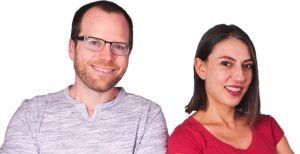 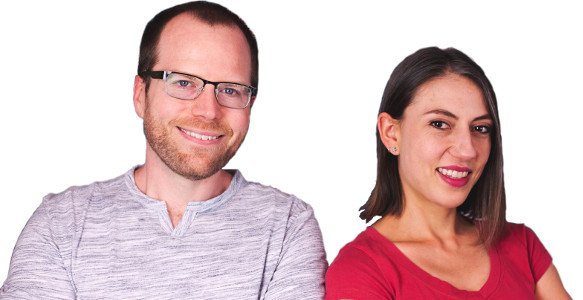