Preterite vs. Imperfect? How to Use Each?

When to Use Preterite or Imperfect? 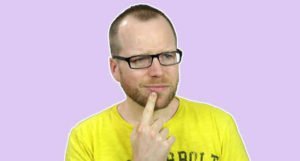 When it comes to talking about what you did yesterday or two years ago, you will have different options in Spanish. If you have been studying Spanish for a while, you have probably heard the word: preterite. This is just the name teachers and linguists use to say: past. Fancy, huh?

Use preterite in Spanish to answer the question: what happened? (comí, bebí, trabajé). If you are not answering that question, you can usually use a verb in the imperfect. If it answers to the question: what was going on when something else happened? use imperfect (comía, bebía,trabajaba…). Remember: usually, the preterite is used to relate events. Use the imperfect to describe what was going on in the past.

When you are narrating a story, both tenses (the preterite and the imperfect) can occur in the same story. Narrating a story implies describing a setting (habitual actions, atmosphere, places) and recounting a series of events.

Imperfect: (set the scene): Antes, yo vivía en una casa grande (Before, I lived in a big house)

Preterite (event): Un día me levanté a usar el baño. (One day I got up to use the restroom).

The preterite is also used for activities that lasted for a precise length of time, with a definite beginning and end. On the other hand, the imperfect is use for indefinite lengths of time;

You can use the following adverbs associated with each of the past tenses: 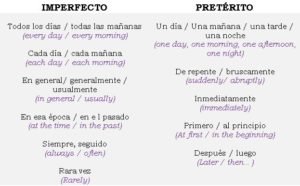 NOTE: Usually, when verbs like ser, tener, poder, querer, and saber are in a past narration, they will be in the imperfect, since they most likely describe a  past state of being or condition. However, when these verbs occur in the preterite they indicate a change of state or a change of condition.

Ultimately it is the entire context that determines which of the tenses to use and not a given adverb.

In the following story, check out how the story opens with a description of my house when I was a girl in the imperfect. This serves as an explanatory background to the following series of events in preterite: 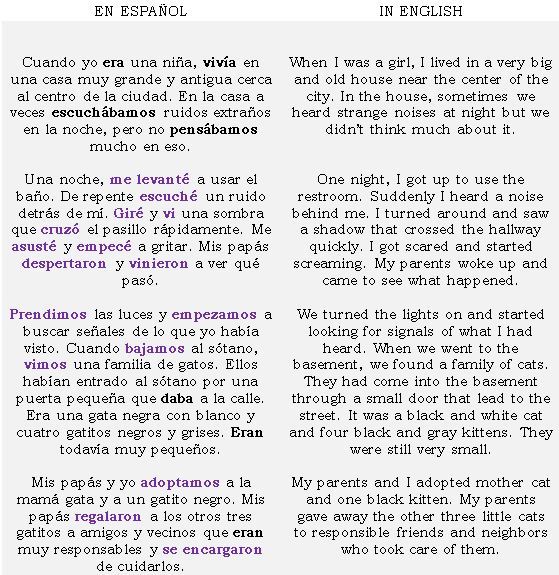 Videos For Basic Spanish Students
PrevPreviousWorksheet: Similarities When Talking to People
NextWhen to Use Pretérito or Imperfecto in Spanish? | Talking about past in SpanishNext